To Build or Not to Build 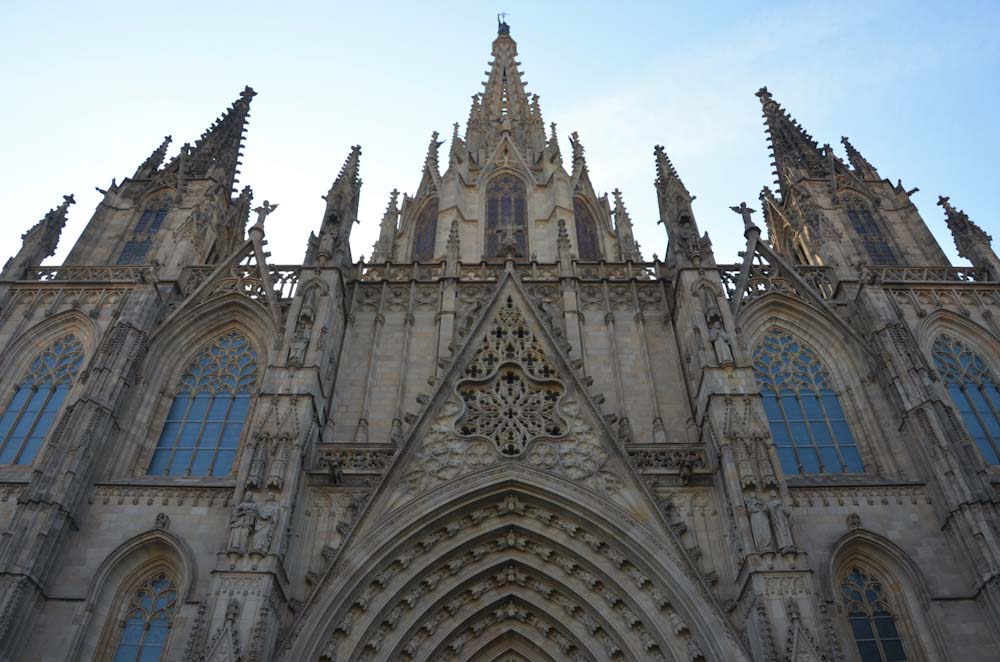 If you’ve ever been to Europe (just about any country) you can find a decent number of churches, some very large and elaborate. In this particular case, you are viewing the Barcelona Cathedral, in Barcelona, Spain. This highly photographed structure is also named the Cathedral of the Holy Cross and Saint Eulalia. The construction was started in 1298, so it’s been around for a while. It’s quite remarkable inside and out, as you’ll find if you ever have a chance to visit.

This past week, I was studying 2 Samuel 7. If you know the chapter, it’s about the newly crowned King David and how he desires to build a house for the Ark of the Covenant. He reflects on his own dwellings and compares them to where the Ark currently is – in a tent outside the walls of the city. I like to assume David was considering this project, with good intentions. God told the Israelites that where the Ark was, He was there as well.

When David thought of his construction job idea, he asked Nathan – the appointed prophet of the time. Chapter 7 takes us through the journey of lesson-learning for both David and Nathan. God didn’t want David to create a “house” for Him. Nathan should have asked God what his advice should have been, before advising David on the matter. So, even though Nathan agreed with David and thought it a good idea, God showed Nathan a different answer. In fact, God pointed out that the timing wasn’t correct for this undertaking and David would not be the one to lead the project. He did promise, however, one of David’s offspring would be the one.

I know there have been plenty of times in my life I thought I knew exactly what I needed or which direction I should go. When I prayed and asked God for a sign and/or an answer, the response wasn’t what I thought. I know, in some of these cases, I wasn’t pleased with the answer. In fact, I may have been upset or worse – thought I knew better regardless of the sign.

In David’s case, I could see where he could have been very disappointed that the answer from God was – “No, I don’t want you to build me a house.” David could have said, “Well, that’s just silly. God shouldn’t be living in a tent, while I am in a palace. I’ll go ahead and build an incredible place for God to dwell.” He didn’t, thank goodness. Instead, David was wise enough to listen, accept and be thankful for the promise that someone else in his family would fulfill this honorable duty.

The promise God gave to David was outstanding. He promised David’s throne would be established forever. He promised His love would never be taken away from David, nor his family. What a promise. What a covenant!

As I mentioned, both David and Nathan learned valuable lessons. I believe we can learn a lesson or two as well. One lesson is – God doesn’t need fantastical elaborate and over-the-top buildings to be our God or to be with us. We are told where we gather – no matter where – God is with us. Also, God has a plan and it’s the correct one, regardless of what we think. Maybe the biggest lesson of them all is – when faced with a decision or a challenge – turn to God and allow Him to give guidance.