The Deer Near Here 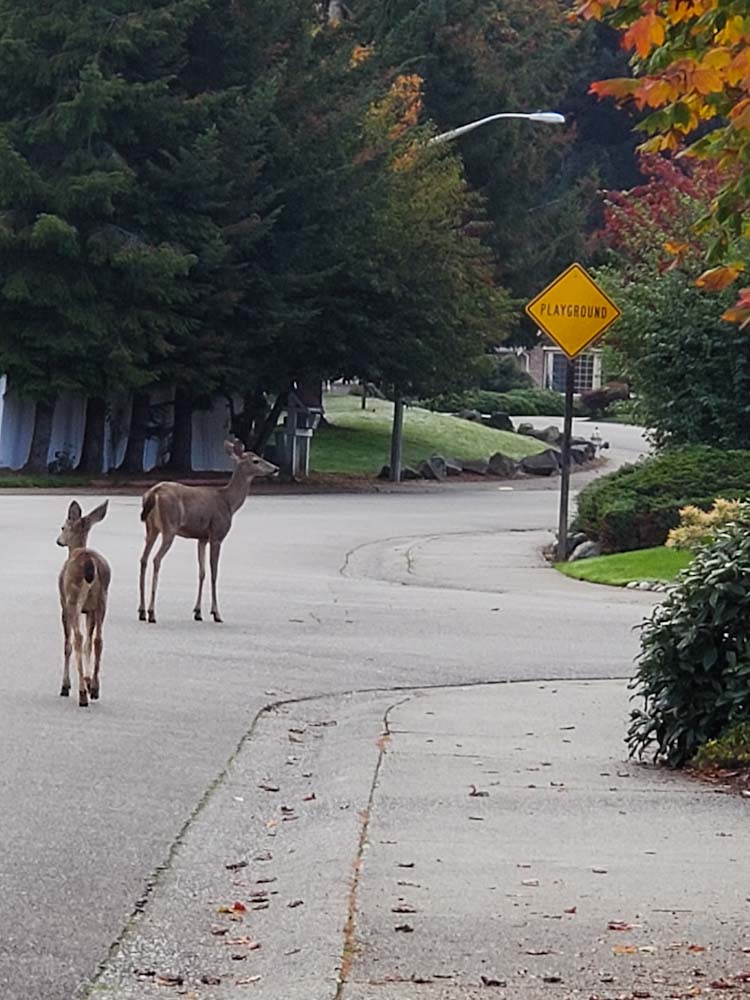 “Which way to the playground?” they seem to be wondering. And we were wondering how these two came to be moseying through our residential neighborhood streets and lawns, and how they would safely navigate home, wherever that was.

It was day before yesterday, Friday morning, and we were out on our post-breakfast walk, when we were startled by this pair nonchalantly cruising through our neighbors’ lawns. We straggled after them for about a half hour, close enough to watch what they were doing, yet far enough away that we wouldn’t seem a threat. They seemed to accept our distant company, but kept a watchful eye on us, too. 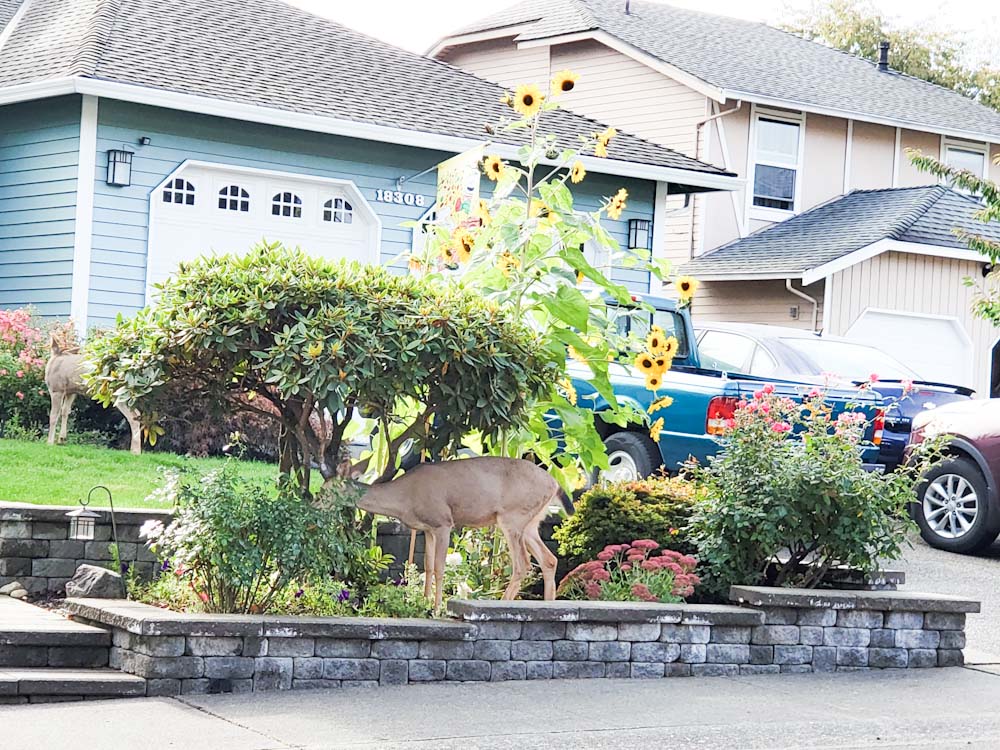 Out of all the lawns and gardens they pranced by, this was the only one that seemed to appeal to their appetites, with its bright sunflower stalks and bountiful blooms and greenery. They seemed to be “trick or treating” a few weeks early, helping themselves. The deer on the left is almost to the front door, but the homeowners never knew they had visitors.

No other people joined us on our deer walk, although a few cars drove slowly by and stopped to take photos. One concerned driver asked if we had a phone and could call Fish and Wildlife. We called two different agencies and explained we were concerned that the deer were edging closer to a very busy four-lane road. We were told that it was common for deer to roam through neighborhoods and that they had good instincts and would follow them. But they would make note of our call.

I was not comforted. I wanted to protest that it was not at all common for deer to appear in this neighborhood, and that if deer had such good instincts, why did they often end up dead on the side of busy roads? 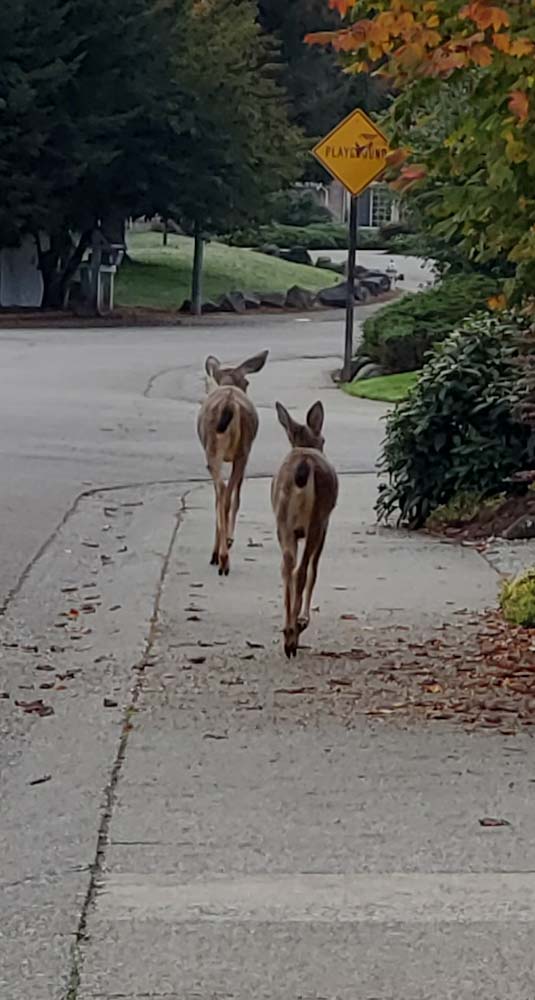 It was with a lump in my throat that we finally said good-bye to the deer and headed home. I like this photo of them, heading out as if they knew what they were doing. Seconds later they stood in the middle of the road, looking left and right, the picture of cluelessness. But for this moment they seem to have a purpose, and are confidently playground-bound.

My lump in the throat was for the safety of these two particular deer, and for all creatures, including all of us people on this precarious, pandemic-plagued planet. I long for us all to be eternally safe in God’s kingdom, which I understand begins here and now when we say Yes to His offer of a forever friendship with Him. And then, imagine what it will be to be finally Home, where there will be no fear, no danger; only a joy-filled Ever After with the One who faced down all fear when He was here, in order to die the death we deserved.

As we walk out into this brand-new week, perhaps feeling a bit clueless ourselves, we can navigate each day knowing our Creator will keep a close eye on us, His beloved creatures, and bring us safely Home.