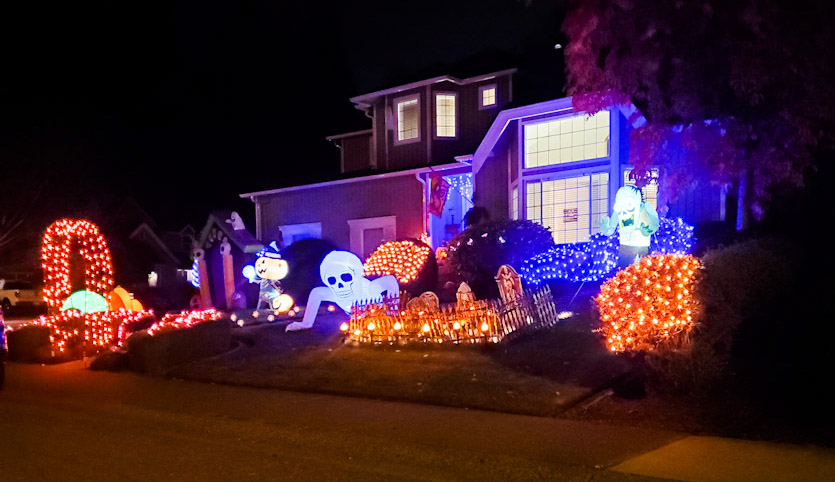 I’ve probably mentioned—and even shown photos of—the lawn of a home in our housing development whose family goes all-out when it comes to holiday decorations. At Halloween and Christmas, especially, they’ll cover their lawns with gigantic inflatable figures, lit from within, for days at a time. At Halloween, a graveyard with plastic tombstones and picket fence emits spooky noises, while a huge ghoul emerges from the ground (above). At Christmas, a Santa will periodically emerge from the door of a travel trailer, then disappear inside, while a colorful nativity set looks on. Naturally, this takes a toll on the lawn grass, as you see in the following photo. 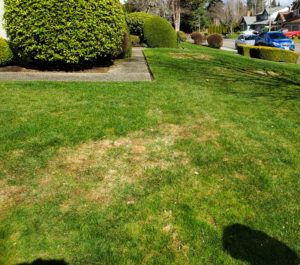 I took this photo in March of this year, and figured that the owners of this lawn were just going to leave the bare spots as they were, having decided to sacrifice the grass on the altar of their love of holiday display. However, a month later (April 22), I took the following shot. 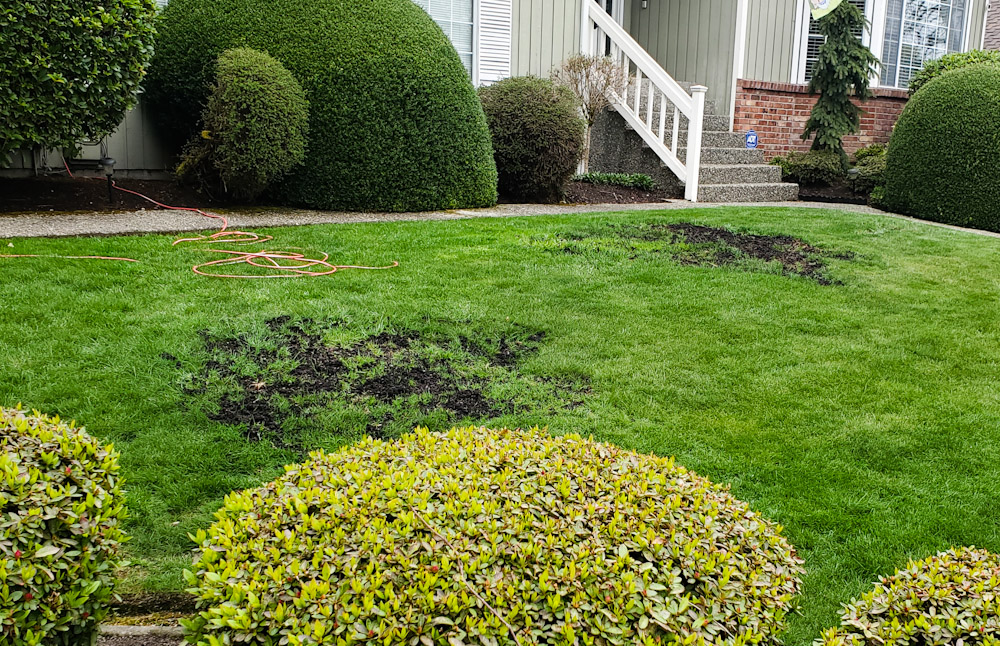 Encouraging, right? New soil has been sprinkled over the brown spots, and the lawn will be repaired and nourished!

Right now I’m reading a book written by a woman who with her husband and family have spent more than a decade as missionaries to groups of people as yet unreached by Christianity. Their role was to enter and area and just live there, getting acquainted with the local people, and just live out the love of God.

This meant, of course, leaving friends and family behind—and even their real names, since their area of service was very hostile to Christians. And during their “display” (far different from the one in the first photo) they made other sacrifices as well. But again and again, the Lord came through for them, bringing them supernatural joy and healing they never could have felt if they’d decided to play it safe.

To read some of what the Bible has to say about sacrifice–and its rewards–click the link just below:
https://www.bibleinfo.com/en/topics/sacrifice