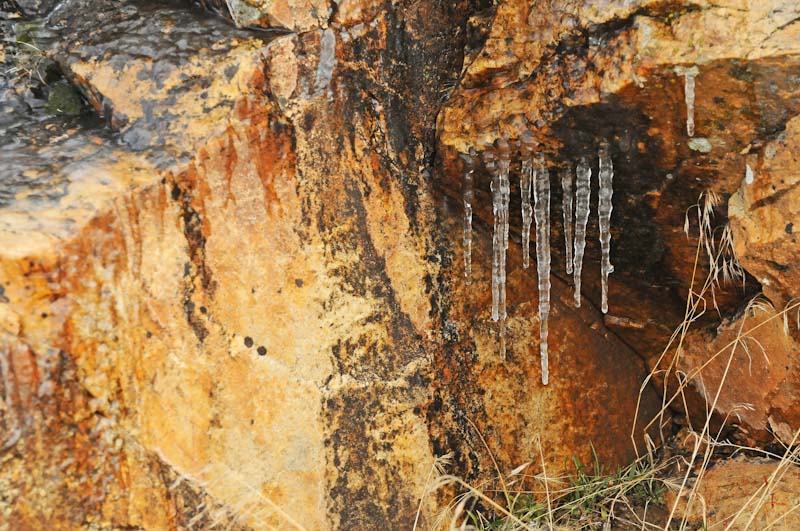 One of the qualities of God which we often undervalue, or at least ignore, is His constancy. Put this in contrast to the pagan gods who were as capricious as the ones who created them. One never knew when they might randomly seem to require appeasement for some unknown offence. Within this arbitrary form of justice no consistent form of morality could be developed. Along this same line of thought we can see that God established laws within His own creation that provided His subjects a basis for reasoned action, a cause and effect relationship which helps makes sense out of the world we live in.

Consider the question posed by the ancient book of Job. “From whose womb comes the ice? Who give birth to the frost from the heavens when the waters become hard as stone, when the surface of the deep is frozen?” (Job 38:29-30 NIV) The implied answer of course is that God is the one responsible. Yet today we can supply a descriptive answer to that question that, for the willing, shows the dependability, the reliability of God’s plan.

The warmth of the sun melts snow which then drips downward. Only near the surface is the rock cold enough to freeze it once again. Even then a slow trickle can move this water toward the air. A pendent drop is formed as it trickles over the edge of a rock. If the air is colder than the rock, these hanging droplets will cool faster than the moving water and the beginning of an icicle is formed. As later droplets move farther from the rock they form a slippery layer. When this liquid layer freezes, it releases heat which is then transferred to the colder air. This flow of air in turn warms the icicle which causes it to elongate. For it to grow there must be a liquid drop at the tip. Should these conditions exist, the process is continuous.

We often refer to that which we don’t understand as miraculous. Yet, as our understanding grows, so should our appreciation of the laws that govern the little bit we do understand. Aren’t we fortunate to live in a world which provides us with both the predictable and the miraculous?