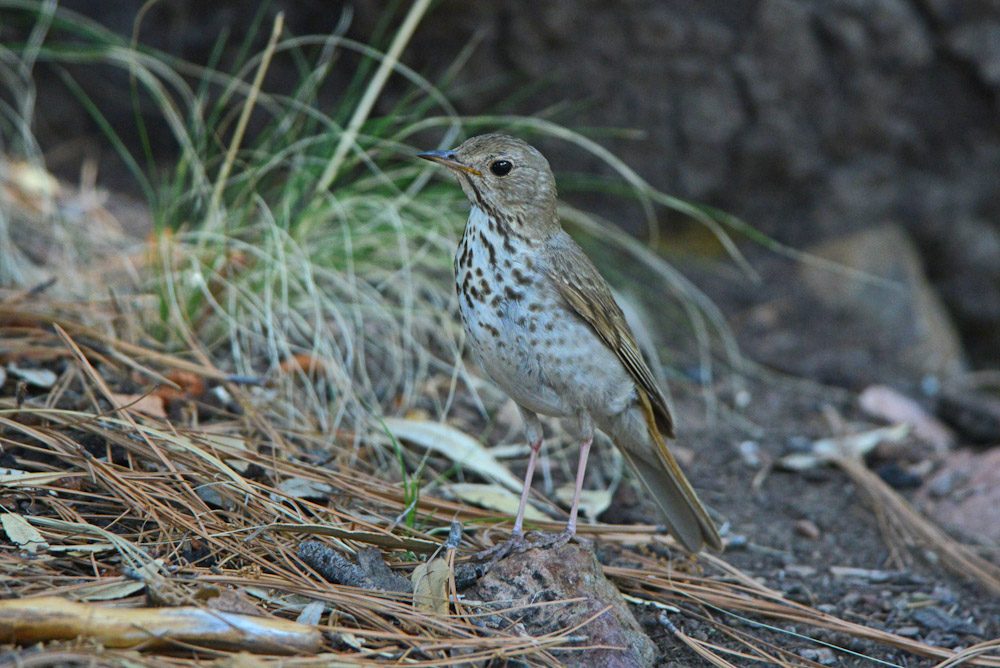 As a rule of thumb, beginning piano players seem to like to play in the key of C, thereby lessening the need to utilize those black keys. That could work out fine for a period of time, unless they were called upon to accompany a Hermit Thrush. Members of the thrush family are among the most gifted singers in the bird world. The nightingale of Europe, famed for its vocal offerings, is a member of this family. The Hermit Thrush is one of the fourteen species to breed in North America and several of these are known for their flute-like tones which are most often heard at the beginning and end of the day.

The tones they deliver have been compared to the sounds produced by blowing across the top of a bottle. These ethereal notes become part of the mystique of the forest where the bird makes its home. But back to the afore-mentioned piano player. The challenge for this novice is that the thrush seems to begin each of its songs in a different key from the one which preceded it. It adds beauty and richness to the concert, but it’s hard if you’re the beginner on the keyboard.

If you should be one of those fortunate enough to find yourself in such a forest concert, with or without piano accompaniment, the words of David the Psalmist would fit right in: “The whole earth is filled with awe at your wonders; where morning dawns, where evening fades, you call forth songs of joy.” (Psalm 65:8 NIV)