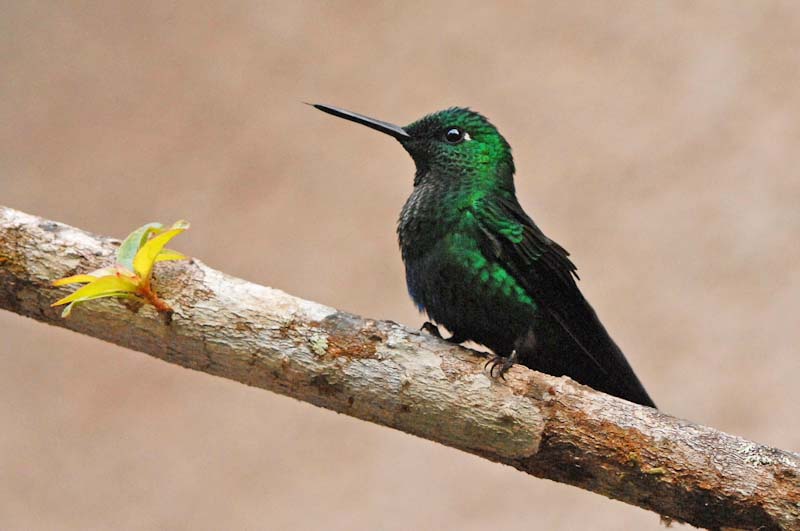 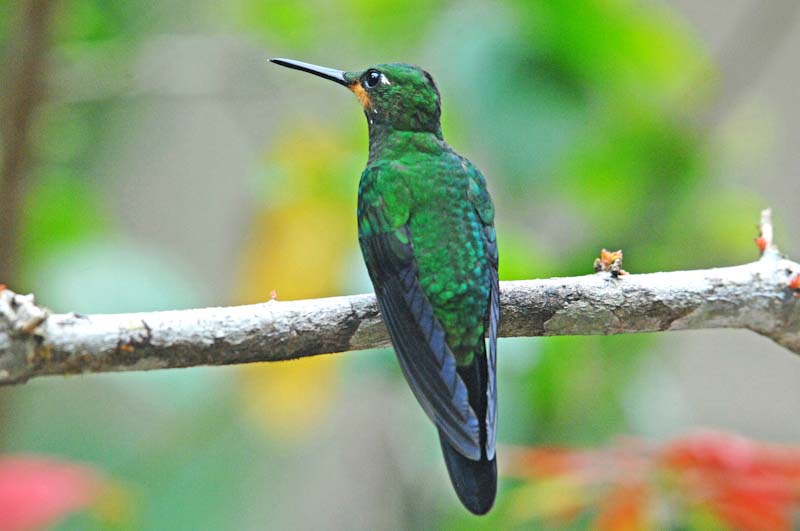 If you had to pick one color that dominates the tropics it would have to be green. The lush foliage is of course green, but the myriads of hummingbirds that live in this splendor are also predominately that same color. The Green-crowned Brilliant is no exception. Found in the foothills to the highlands and reaching from the southern part of Central America to northwestern South America, this relatively large hummingbird feeds predominately on large flowers.

Unlike the majority of hummingbirds, it feeds primarily from a perched position. While it can fly backwards and hover, it resorts to this feeding method, undoubtedly to conserve the energy needed for a larger bird to accomplish such feats.

They vary by gender and age. The adult male is entirely green with a blue spot on the throat which can be seen in proper light. Females have a spotted green breast while the immatures have buff-colored throats. But one characteristic they all share is a white spot behind the eye.

The intensity of its color is expressed in a variety of languages. In Spanish they are simply known as Brillante. In French they are called Brillanat-fer-de-lance. And again in German their brilliance is emphasized by Grünstirn-Brillantkolibri. The prophet, Habakkuk, elects to use similar terminology as he tries to express the Lord’s glory: “I see God moving across the deserts from Mount Sinai. His brilliant splendor fills the earth and sky; his glory fills the heavens, and the earth is full of his praise! What a wonderful God he is!” (Habakkuk 3:3 Living Bible)