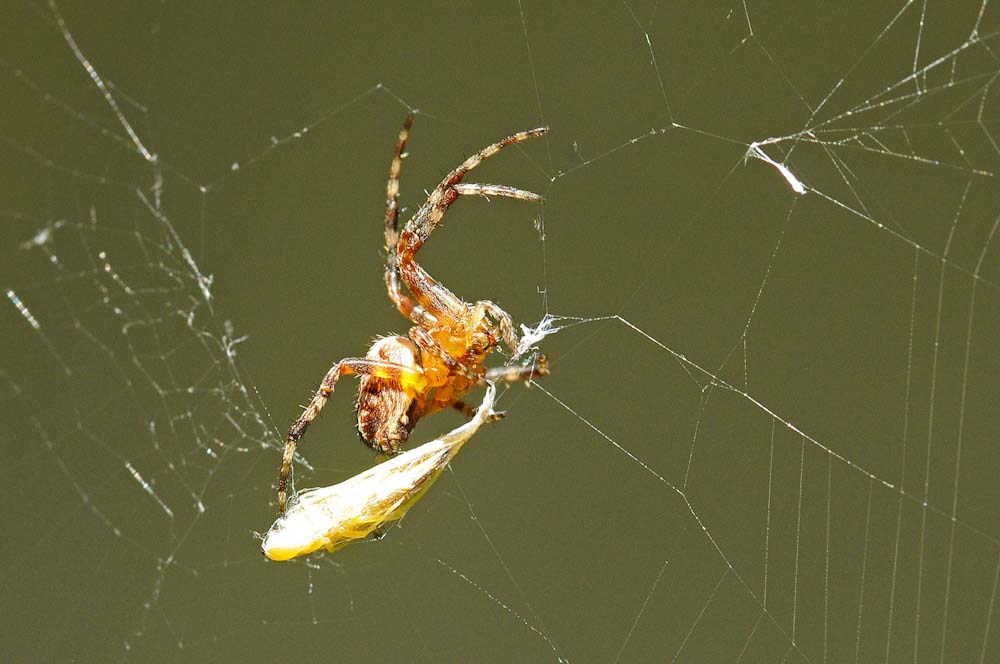 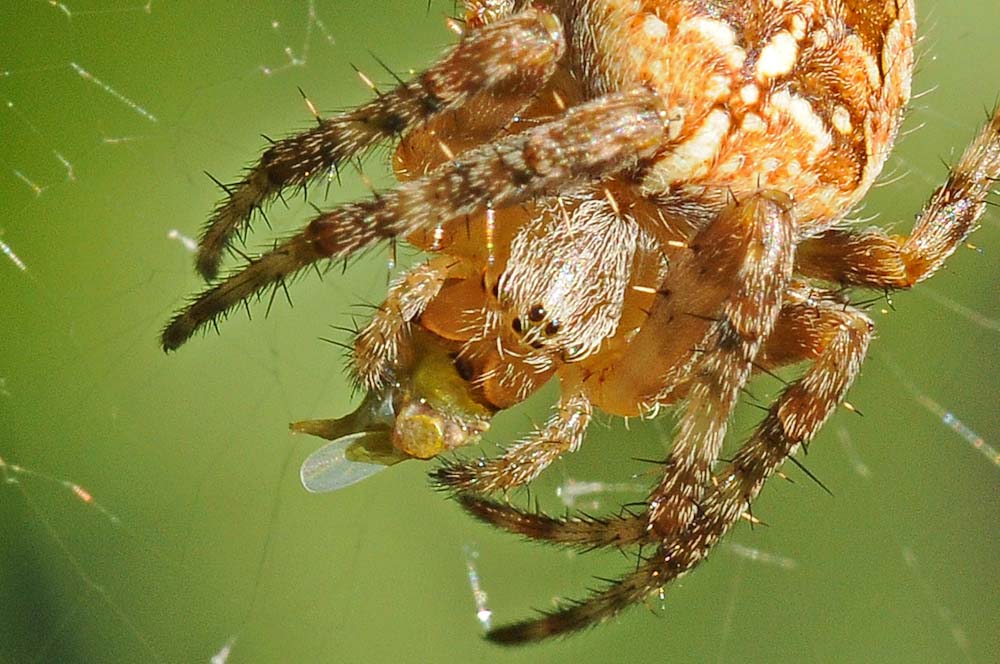 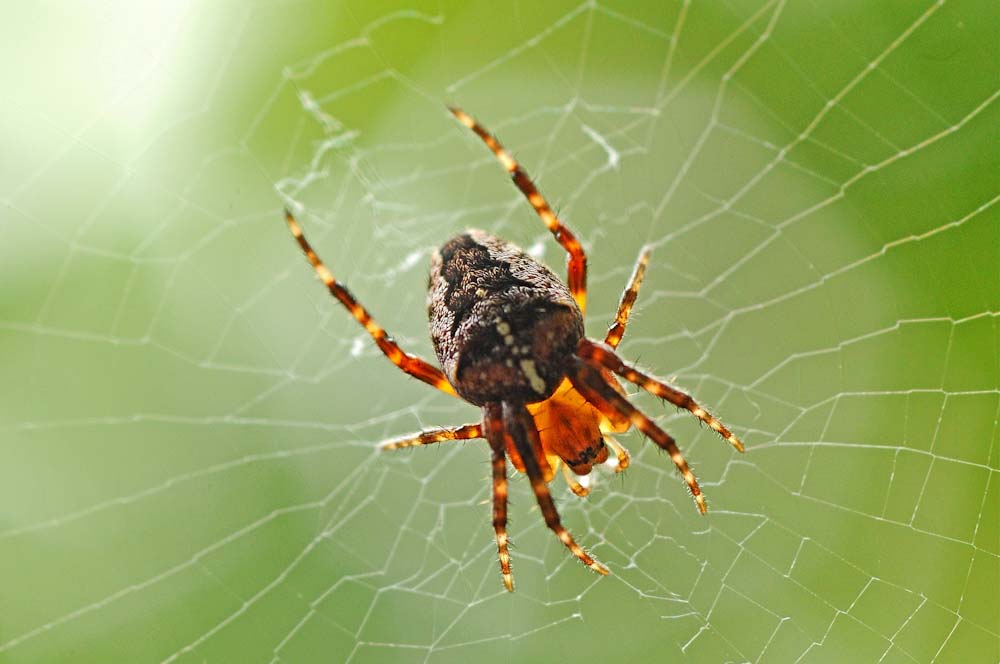 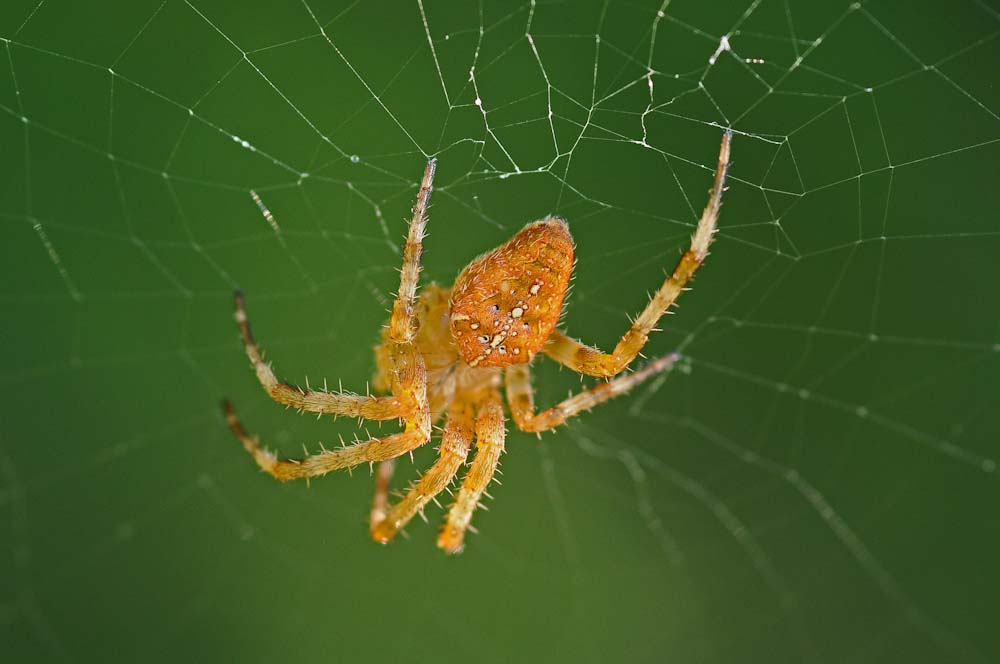 An abundance of spiders in our yard prodded me into taking a closer look at these creatures. With the large number of webs draped between the limbs of different shrubs I confess I was rather disappointed to find so few species. It turned out to be a rather homogenous group. It wasn’t that there wasn’t variety, for there was, but it was variations on a theme, for most turned out to be Araneus diademantus, more commonly known as the European Garden Spider. Even though commonly found in the United States from Canada to Mexico, the name is appropriate, for it originated in Europe and was only later brought to America. This adaptable spider owes much of its success to its ability to prosper in varying conditions.

The species name, diadematus, is a reference to a diadem, or a jeweled crown. For this reason it is also sometimes known as the Crowned Orb Weaver. This is just one of the many common names given to this species. Without a doubt its plethora of names is derived from its varied appearance. It may be that some of these differences are due to age as some believe they get lighter as they get older. The accompanying pictures show just a few of these variations.

This same kind of variety is also found within the church, and then in turn we are allowed through our diversity to reveal to the universe the multi-dimensional facets of God’s grace. The New Revised Standard Version phrases Ephesians 3:10 this way: “so that through the church the wisdom of God in its rich variety might now be made known to the rulers and authorities in the heavenly places.” And the New English Translation renders it: “The purpose of this enlightenment is that through the church the multifaceted wisdom of God should now be disclosed to the rulers and the authorities in the heavenly realms.” It seems even spiders can serve to remind us of our opportunity to reveal God.