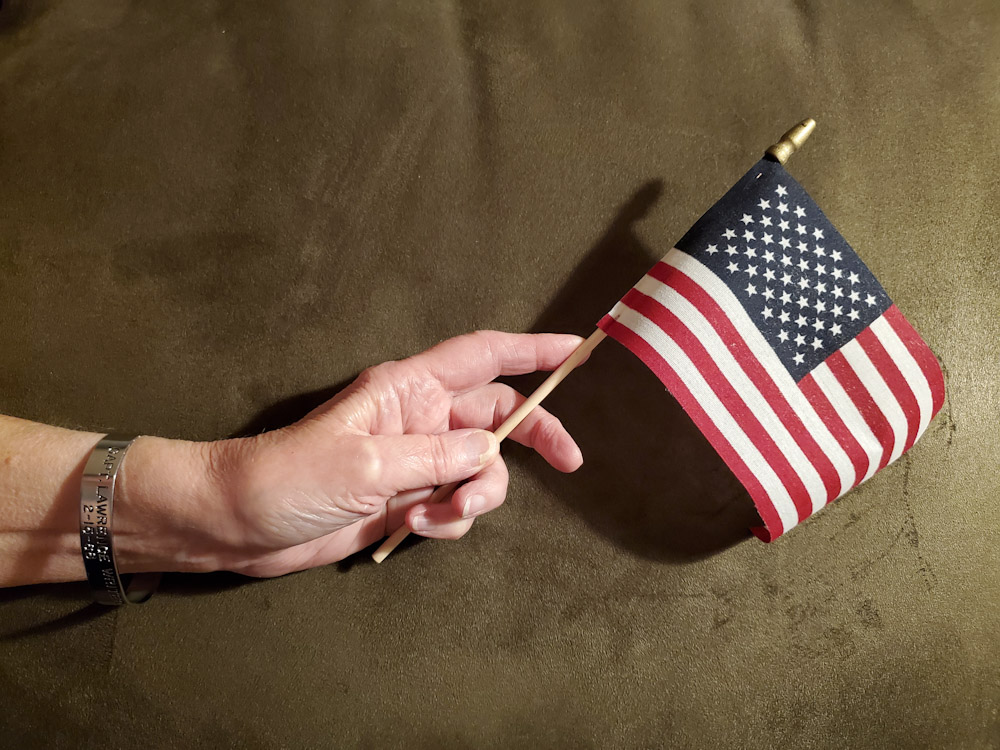 I wore his name on my wrist for several years, etched on a silver band: Capt. Lawrence Writer 2-15-68. The date marked his capture as a Prisoner of War in North Vietnam. I had only seen him once, at his wedding, where my sister was maid of honor for his bride Molly, one of her best friends.

Four years later he was shot down over Da Nang. He spent 666 days in solitary confinement, and a total of 5 years and 1 month as a P.O.W.

But he came home.

I remember those years of praying and waiting and hoping, and our great joy and jubilation when he and other prisoners were released. I can still see the big photo on the front page of our newspaper, capturing the moment when he was reunited with his wife and two little girls.

I’ve never been one to put bumper stickers on my car, but I had made an exception and put a black-and-white “Remember our P.O.W.s” sticker on my brand-new Toyota’s back bumper. And I wore his name on my wrist. We didn’t want our men to be forgotten.

For me, the M in Memorial Day stands for musing. Every year I think back to Larry, and others who served in the Vietnam War that was every day news through my teen-age and young adult years. I think back to stories my mother told me about living through World War II. She said more than once that she feared for the days to come when we would have presidents who had not lived through wartime, to know firsthand what war was like and have that memory temper their decisions.

The title of this blog is in quotation marks because it’s the name of both a children’s book and a song written by Ellie Holcomb, “Don’t Forget to Remember.” The song has a lilting tune, and nothing to do with the grim history of war. But it does encourage me in the struggle I sometimes have to remember God’s goodness and nearness, even in this sin-saturated, war-weary world.

My musing on Memorial Day weekend is a mixture of nostalgia and melancholy and gratitude – gratitude for those who served valiantly for our country, and gratitude for Jesus, who won the war when He bled out on the cross for us. Someday, and may it be a soon someday, He will come again and take us to our true home, where we will experience a freedom we have never known – freedom from war and worry and sorrow and sickness and loss and temptation and death. As you walk out into this week, don’t forget to remember that!