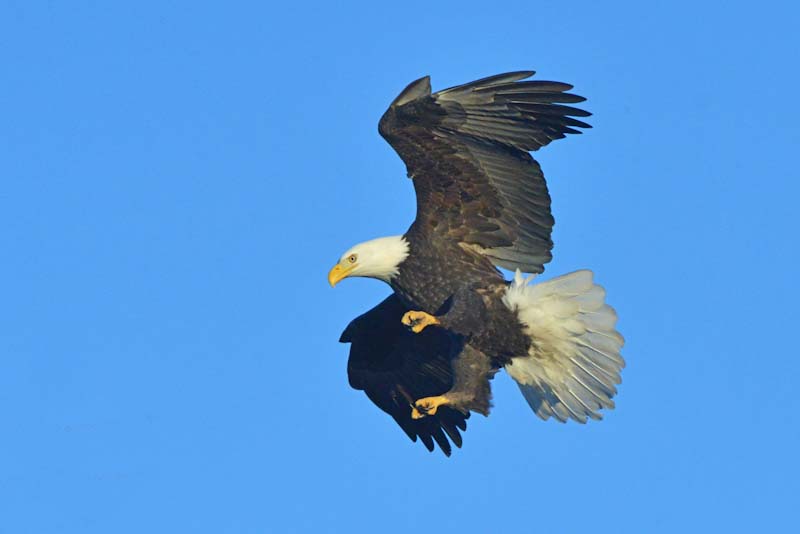 Imagine yourself as vulnerable prey; nowhere to run, nowhere to hide, and those long, sharp talons of a Bald Eagle extended and rapidly descending upon you. That’s the fearful picture the Lord presented to Israel. It was intended to cause anguish, concern, and change, for that was what Israel needed to do. The prophet Hosea was given the responsibility of conveying this message to the people who had turned their backs upon God. “The Lord said: ‘Sound a warning! Israel, you broke our agreement and ignored my teaching. Now an eagle is swooping down to attack my land.’ Israel, you say, ‘We claim you, the Lord, as our God.’ But your enemies will chase you for rejecting our good agreement.’” (Hosea 8:1-3 CEV)

Why would God use such a gruesome image to convey His message to the people He loved? The simple answer is because they were too spiritually insured, at least in their own minds. Notice their response to God’s warning. In essence they responded that they had all their bases covered. After all, they insisted, “We claim you, the Lord, as our God.” The implication is they rightly regarded themselves as the chosen people, a people particularly blessed by God, which would, of course, include His protection. What they failed to acknowledge was their failure to abide in that relationship. Benefits without responsibility; coverage without signing the check; affiliation without rapport.

Do you think His message to the church today would be that different from the one He gave so long ago? After all, aren’t we now living under the protection of grace? Ask yourself this question: Do you think the people Hosea wrote to with this fearful warning were under God’s all-sufficient grace? I suspect the mercy He offers to all included them as well. And if that is true, it would mean we also need to make sure our part of the agreement is signed.