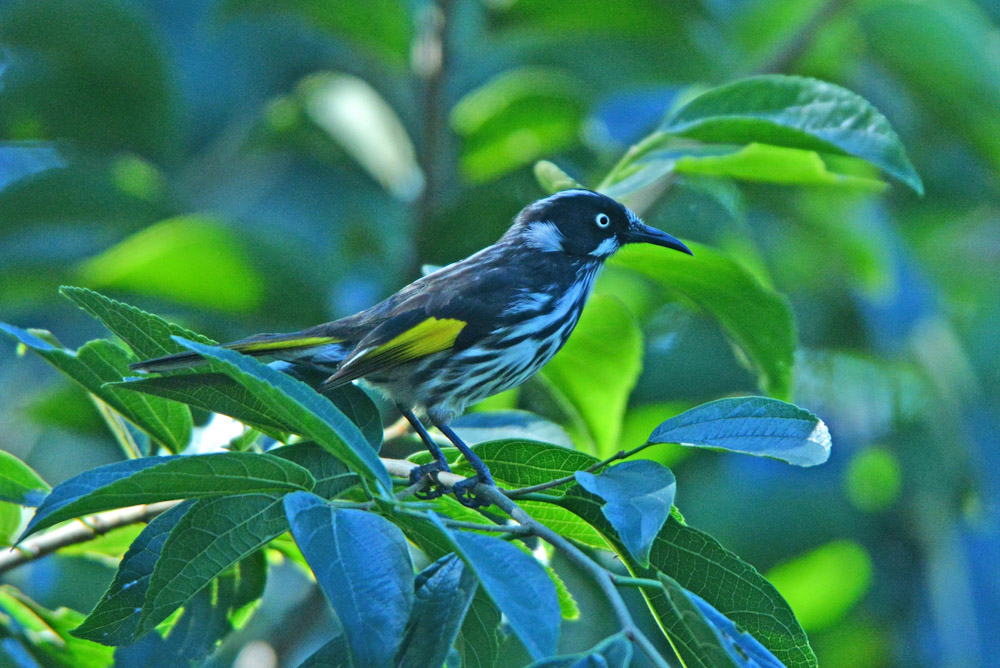 Remember being given a test as a child where you were asked to determine how many differences you could see between two drawings of the same subject? I just took the same test and failed miserably. As is my custom, when I return from a trip I arrange all the pictures I’ve taken of the same species and put them into a single folder. This allows me to more efficiently eliminate those that aren’t as good when I already have better ones of the same bird. Thus I ended up with these two pictures in a folder titled New Holland Honeyeater. And there it sat until I started writing this blog. As I looked at it more closely I recognize there were differences I hadn’t noticed before. I’ll let you take the test and see how you fare.

My first conjecture was the differences I noticed were simply due to the positioning of the bird. And that certainly can many times be true. But in this instance there is a variable that does not change just because the bird rearranges its feathers or turns its good side toward us. It’s the eye. The New Holland Honeyeater has a white eye while its look-alike counterpart with a dark eye is a White-cheeked Honeyeater. There are, of course, other differences I should have noticed, but I’ll excuse myself for missing these as I was so busy trying to catch all the “new” things that might fly by. Both of these species are endemic to Australia where honeyeaters make up about 10% of the birds in that country. The name New Holland was given because it was one of the first birds to be scientifically described in Australia, and New Holland was the name the newly discovered country was first given. Both species feed largely on nectar using their long beaks which allow them to probe deeply into flowers like the bottlebrush. Although the two species occur together frequently they seldom compete with each other as they select different perching sites and nest at different seasons.

In some instances failure to recognize differences might not be critical, but when dealing with spiritual realities the consequence could be eternal. Two texts can be used to illustrate this importance. The first speaks of the importance of Christian growth: “But solid food is for the mature, who by constant use have trained themselves to distinguish good from evil.” (Hebrews 5:14 NIV) The second, taken from 1 John 4:6, would sound presumptuous on the part of the writer if we didn’t know John better from the rest of his writings: “We are from God, and whoever knows God listens to us; but whoever is not from God does not listen to us. This is how we recognize the Spirit of truth and the spirit of falsehood.” (NIV) Clearly, the Bible wants us to give attention to details which help us distinguish between the true and the false.