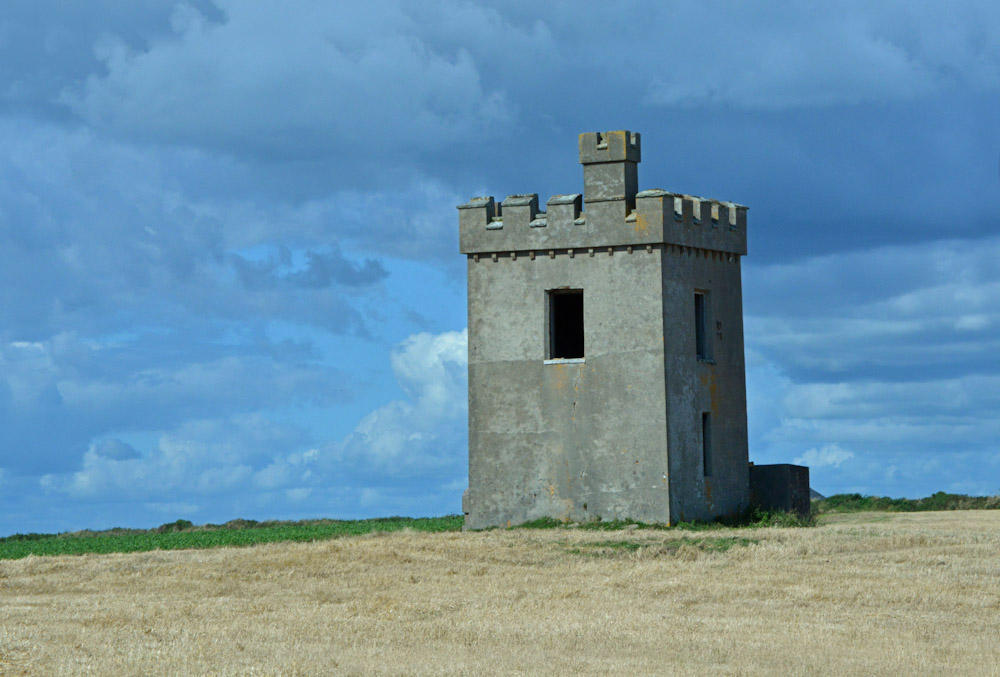 It would be foolish to sit on our hands in the face of impending danger and do nothing. Presumption might be another name for that posture. But the opposite is equally as foolish, to depend upon our own efforts for security. A look back reveals the inadequacy of such efforts. On a scenic bluff overlooking the Irish Sea stood two relics of past efforts to ensure that security, each from a different era. The first was erected around 1800 when the envisioned threat of invasion came from the forces of Napoleon Bonaparte. France was indeed a powerful nation at that point and the Irish feared an assault from the open sea. Consequently, this LOP (Look Out Post) was erected which was manned by 12 individuals. This was just part of a system of 81 towers covering 1076 km which theoretically could pass along warning if such an invasion was observed. This was to be done using visual signals which employed a system of flags and balls. 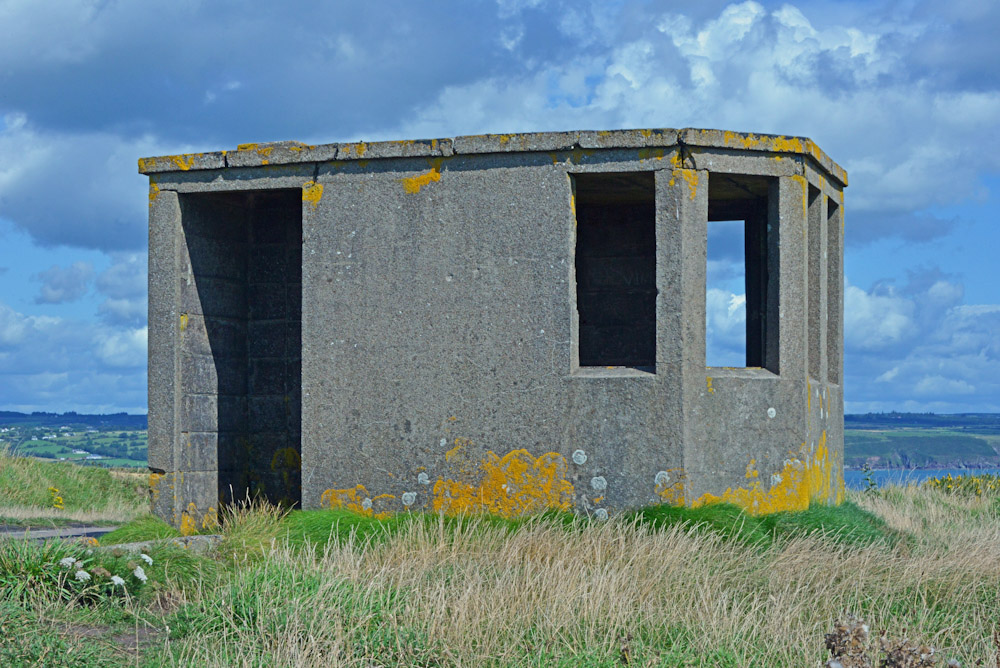 This second edifice was erected some 140 years later in reaction to Nazi Germany. This structure was smaller in that it housed only two men of the Coast Watching Service who could pass on anything out of the ordinary by way of telephone. Such advancement over that employed during the Napoleonic Era is immediately obvious, yet equally apparent is how archaic both of these efforts appear today in the abandoned, run-down state.

Fear is not a new reality; it has long been with us. Remember the words of Caleb and Joshua in response to the people’s reaction to the report given by the other spies who had scouted out the Promised Land. “Don’t be afraid of the people of the land! We will chew them up. They have no protection, but the Lord is with us. So don’t be afraid of them.” (Numbers 14:9 New Century Version) It’s quite apparent these men of faith had a clear understanding of where their ultimate protection came from; it was from the Lord.

So, does that mean we should abandon our early warning satellite system? Maybe not, but also keep in mind those structures off the southern coast of Ireland growing moss.