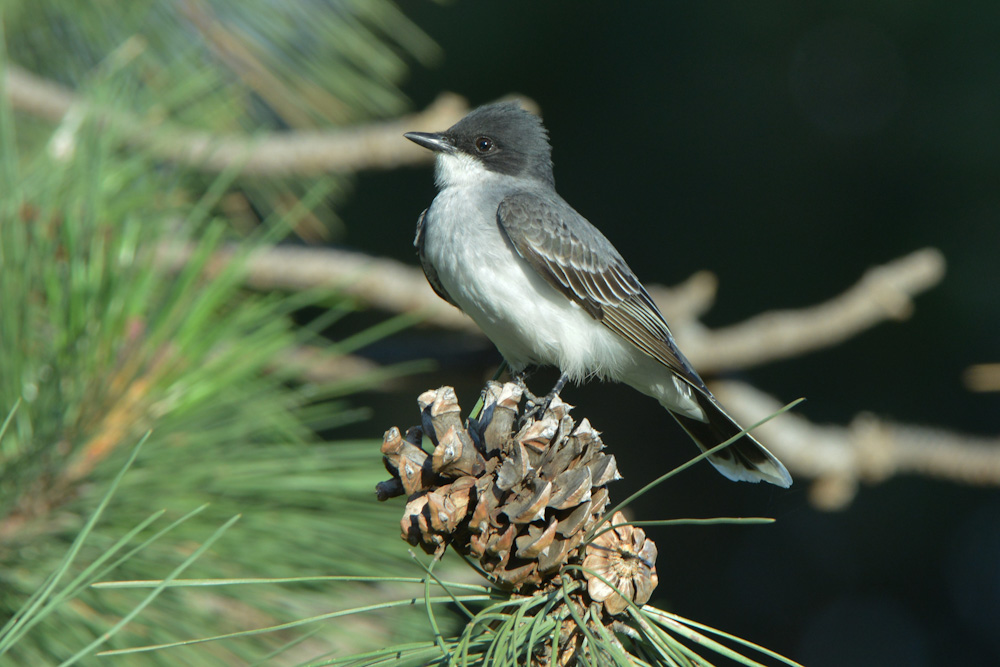 Over the years I have shot lots of pictures of Eastern Kingbirds, birds of the grasslands and found throughout the continental United States except for the southwestern quarter of the country. It presents an attractive picture, formally dressed in tuxedo black and white. But the pictures almost invariably find the bird perched on a wire or atop a fencepost. Not the most photogenic of locations, but such is the day to day pattern of life for this species. However, behavior early in the courting season found them in a much more attractive setting.

Careful study of Scripture, or any other written material for that matter, includes conscientious consideration of context; that is, the circumstances that form the setting for an event, statement, or idea, rendered in terms of which it can be fully understood and assessed. The last part of this definition deals with literary context. But we would like to focus on the first part which addresses the historical context. Put another way, historical context focuses on the situation in which something happens.

Paul’s words found in 1 Corinthians 9 show that he thought contextualization was also important, so important in fact that he changed his approach to meet their needs. “I am a free man, nobody’s slave; but I make myself everybody’s slave in order to win as many people as possible. While working with the Jews, I live like a Jew in order to win them; and even though I myself am not subject to the Law of Moses, I live as though I were when working with those who are, in order to win them.” (vs 19 and 20 GNB) Apparently to take an attractive picture, or to witness effectively, the context plays a vital role in producing positive results.