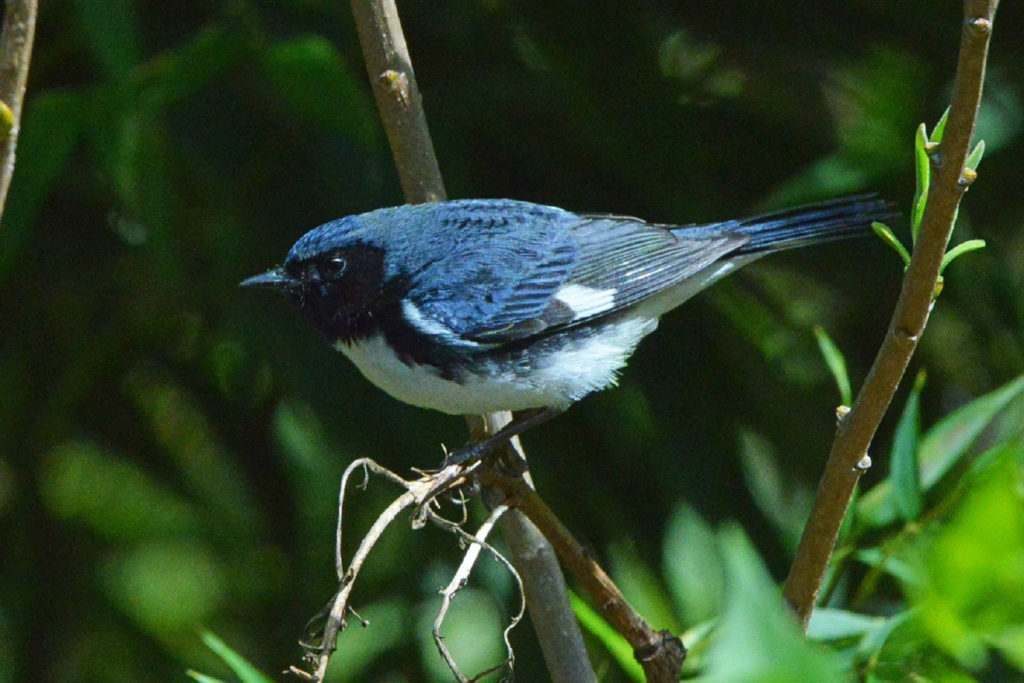 How many of you have ever been part of a research study that sought to learn something about the demographics of which you were a part? Perhaps, because of my educational setting, I have been a participant in a number of these surveys. It seems we feel compelled to quantify information about ourselves, which in turn should equip us to make better choices. It should, but I wonder how much benefit trickles down to reality. One of the first steps in conducting such an assessment is to define the parameters your study will cover. These boundaries are often set by economics and time. Of course the wider the study, the greater will be its applicability.

One of the most studied North American passerine species is the Black-throated Blue Warbler. Since it nests close to the ground and is easily identifiable, these characteristics make it a favorite for the study of warbler behavior in a natural setting. Such studies have revealed that males of this species which begin singing at the early part of the breeding season and continue to its peak does not necessarily indicate a successful breeding status. However, males that continue to sing later into the season provide a good indication of reproductive success.

It goes without saying that humans are the most widely studied species on our planet and religious values are not exempt from such appraisals. Without questioning the credibility of such studies, the common sense approach suggested by American humorist, Mark Twain, might not be a bad approach. “We should be careful to get out of an experience only the wisdom that is in it – and stop there; lest we be like the cat that sits down on a hot stove-lid. She will never sit down on a hot stove-lid again – and that is well; but also she will never sit down on a cold one anymore.” (Pudd’nhead Wilson’s New Calendar)