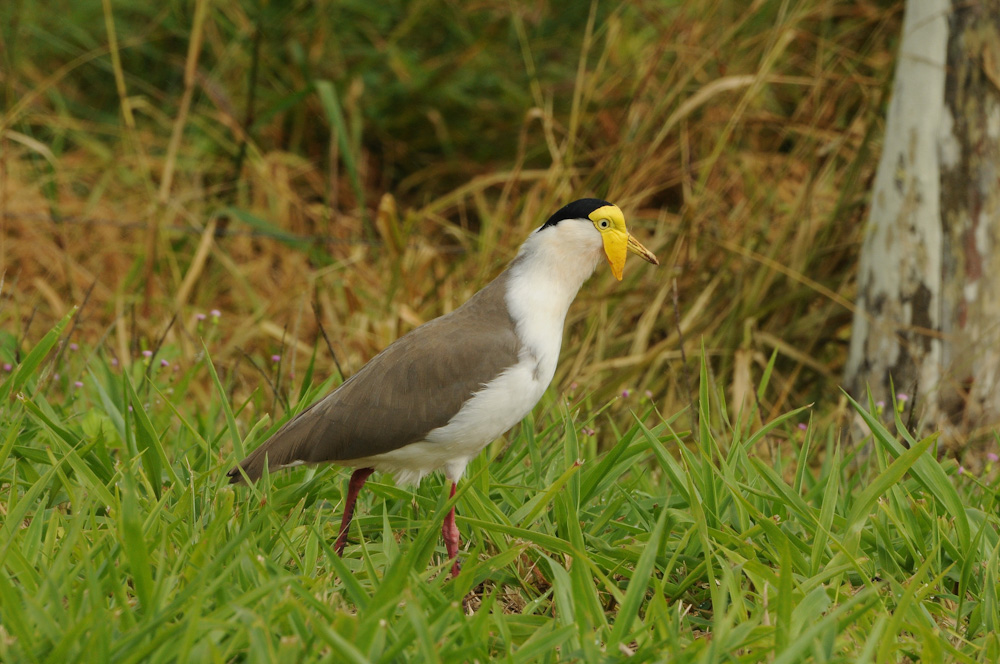 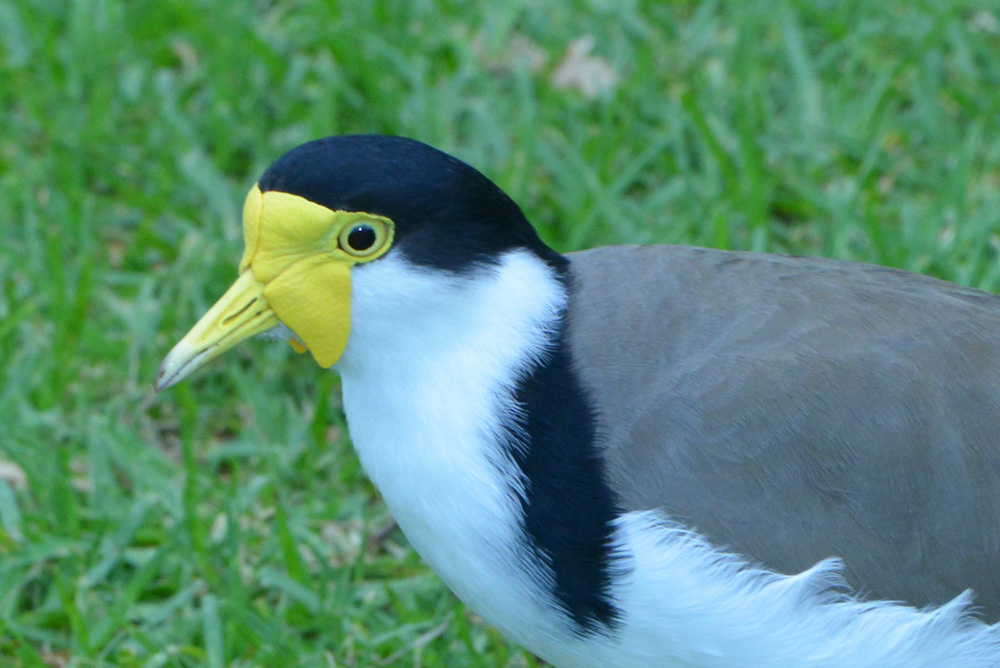 For some unknown reason, many of us seem to enjoy that which appears to be a bit unusual, something that sets it apart from the mundane. The Masked Lapwing would seem to fit into that category with its large yellow wattles that serve as facial adornment. This rather large plover can be found throughout much of Australia, New Zealand, and New Guinea. But its mask isn’t the only feature that sets it apart for it also sports a yellow spur at the elbow of each wing which provides us with another of its names, the Spur-winged Plover. The indigenous people referred to them as birds carrying yellow spears. From this we also get its scientific name, Vanellus miles, miles being a Latin reference to soldier or one with armed appearance.

As is often the case, when notice is given to a certain feature, stories seem to arise around it. Such a myth promoted the idea that these spurs were used to inject venom. Support for this probably grew from the bird’s aggressive territorial defense around its nest, but it seldom actually strikes the intruder with its fast and low swoops and even if it did, no poison is involved.

Further confusion surrounds the species. For some reason, when the bird was first given its binomial name, confusion assigned its range to Louisiana. Two subspecies are recognized: a northern race which has larger wattles and a southern race with black markings on the shoulder and side which is sometimes recognized as a separate species, the Black-shouldered Lapwing. The Spur-winged Plover of the Northern Hemisphere is an entirely different species.

While we may be confused about swords and related issues, there is at least one who seemed to have a pretty clear grasp of things. That man was David. You remember the incident recorded in 1 Samuel 26 where the outcast David is fleeing from an enraged King Saul. David comes upon him sleeping in a cave and has an opportunity to terminate his pursuer while he is slumbering. “But the Lord forbid that I should lay a hand on the Lord’s anointed. Now get the spear and water jug that are near his head, and let’s go.” (1 Samuel 26:11 NIV) Were these articles deemed necessary for wilderness survival or was David symbolically reminding his antagonist of his own vulnerability? I leave that to you to answer.