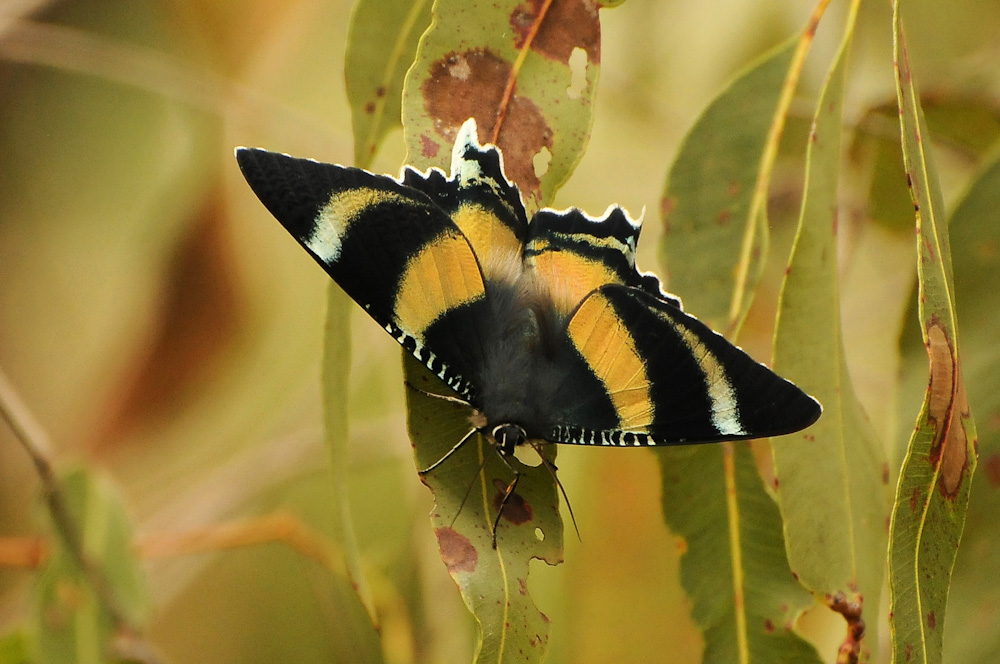 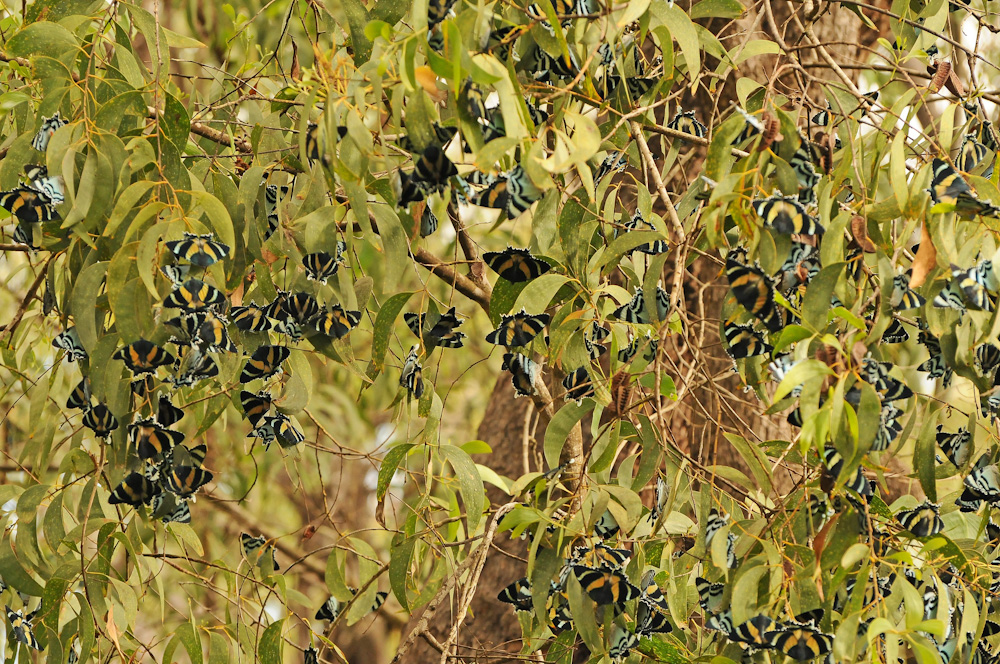 Man-made laws serve many purposes, of which providing order is one of the most important. Taxonomists depend upon these laws to help them form guidelines which facilitate in the identification of the subject at hand. Many have used a dichotomous key in this way which provides a series of two alternatives, followed by two more options, thus progressively narrowing down the organism until it is correctly identified. The problem with this methodology is that it depends upon asking the right questions. Should you encounter the insect shown here and wish to identify it, the first step you might take would be to determine if it was a butterfly or a moth. Butterflies are generally active during the day while moths are more active during the night. Butterflies usually rest with their wings positioned vertically over their bodies while moths prefer to rest with their wings flat. Because moths are nocturnal their colors are generally subdued while many butterflies display lavish colors. Both have antennae but the butterflies’ are swollen at the end while those of the moths appear branched. One last difference, moths have a frenulum which holds the forewing and hind wing together in flight while butterflies do not.

Using these guidelines let’s take another look at our subject. It’s active during the day and is brightly colored which would be two votes in favor of it being a butterfly. Many at rest seem to have open wings while a number of others appear to be resting with their wings closed showing off their blue underwing. As a result, these criteria are inconclusive. The antennae seem to be long but without any swelling at the end yet neither do they appear to be feathery like a moth’s. Again, this would appear to be inconclusive. I was unable to determine if there was a frenulum or not, so that cannot be used as a determining factor. If we were to base our conclusion strictly upon probability, that would favor calling it a moth since out of the 150,000 named species of Lepidoptera, 85% are moths. A tally of our responses seems to favor calling it a butterfly but those in the know refer to it as a North Queensland Day Moth, also sometimes called a Zodiac or 4 O’Clock Moth. It is found only in restricted areas around Cairns, Australia and Papua, New Guinea.

From this we might conclude that in order for our key to work properly, it is imperative that we ask the right questions. And the same is true of life, our life in particular. It’s quite easy to persuade ourselves that we have done an honest job establishing our values that we live by; that we have asked the right questions. But maybe a good way to start our self-examination would be to begin with basics before we get bogged down with minutia. How do I measure up to the standard set by Micah 6:8 since that is what the Lord requires? Do I do justly? Do I love mercy? And do I walk humbly with my God?