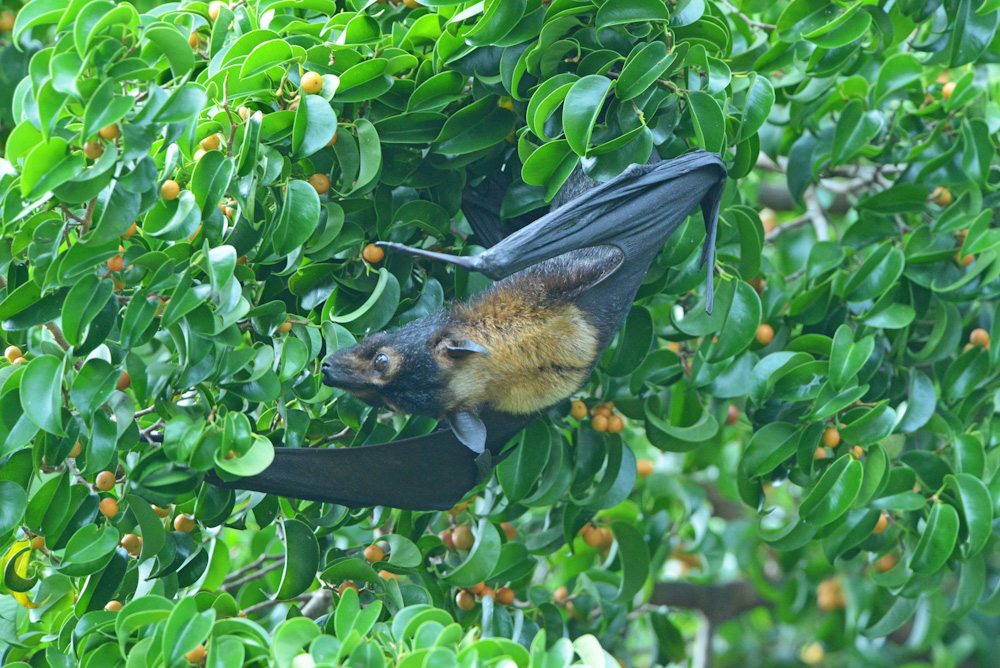 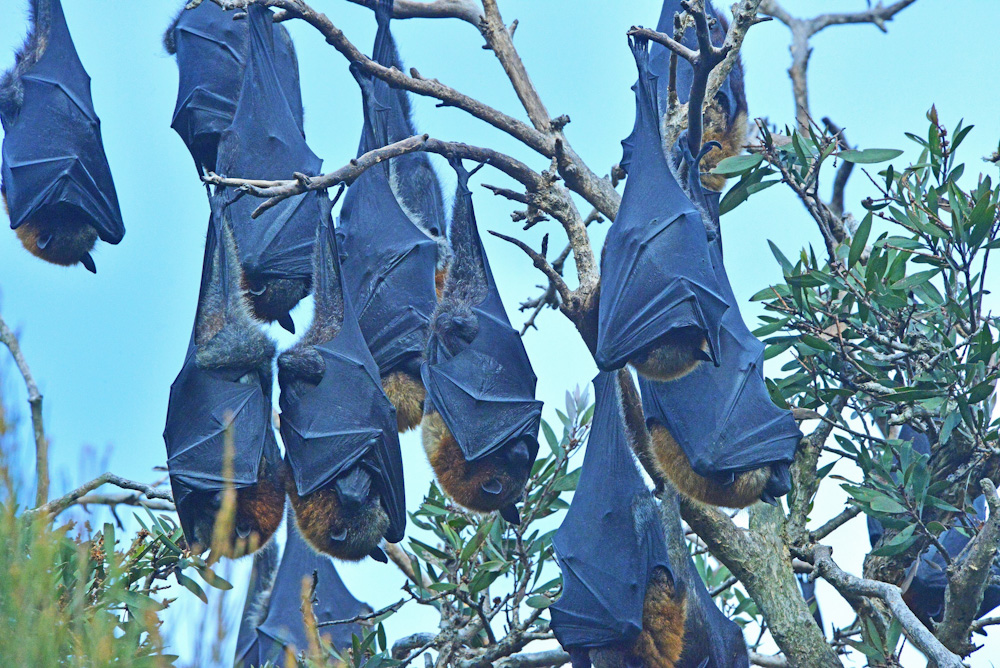 Bats, large bats, very large bats! Every year around this time the media in the Western World seems to place an unnatural focus on cobwebs, and bats, and other things they imagine to be ghoulish. But their imagination comes far short of imitating reality for there are a group of bats that live primarily in Africa, South East Asia, Australia, and the islands of the South Pacific that are known as Fruits Bats, or Magabats,or locally as Flying Foxes that can be huge. Imagine a bat leaving its communal roosting area in search of food that has a five and a half foot wingspan! That’s a big bat. Of course not all are that large, but among the 197 species so classified, a number are quite large.

Unlike the bat species common to those of us in the United States, Fruit Bats are not insectivorous but live off of fruit or nectar as their name implies. Also, most do not use echolocation, but instead depend upon keen sight and smell to locate their food. Hence, the expression “blind as a bat” would be totally irrelevant. Many have dog-like faces, hence the name Flying Fox. Not only do they use their wings for flying, but they also serve as a “blanket” which they wrap around themselves while roosting, enabling them to keep warm. In hot weather, blood pumped through the patagium of the wings allows them to lower their body temperature.

Bats, in general, produce a negative reaction in many people. Some of this may be deserved while much of this is based upon misinformation. Dante Alighieri, in his classic work Divine Comedy, depicted the devil Lucifer as a being bearing large bat wings. On a more rational level, bats are known to carry more than 200 viruses, some of which can directly affect humans. Among these pathogens are Hantaviruses, Rabies, SARS (severe acute respiratory syndrome) and Ebola as well as a good number of emerging viruses not formerly recognized.

While you and I may not be tempted to eat the flesh of bats, there are some who have seen this as a good source of nutrition. In Leviticus 11 we have a list of the clean and unclean foods given to the Children of Israel. While broad characteristics are given to help them determine the acceptability of mammals, when dealing with birds, specific species are put on the unclean list. Among those that are listed as unclean is included the bat. (Leviticus 11:19) “But wait”, you say, “bats aren’t even birds, any third grader knows they are mammals.” We’d be wise to remember that long before Carolus Linnaeus created our current system of taxonomy, humans were classifying creatures in a way that worked for them. Shouldn’t we be glad that God was interested enough in His children to give them information they could use that would be beneficial to them, even if they didn’t understand the reasons why?