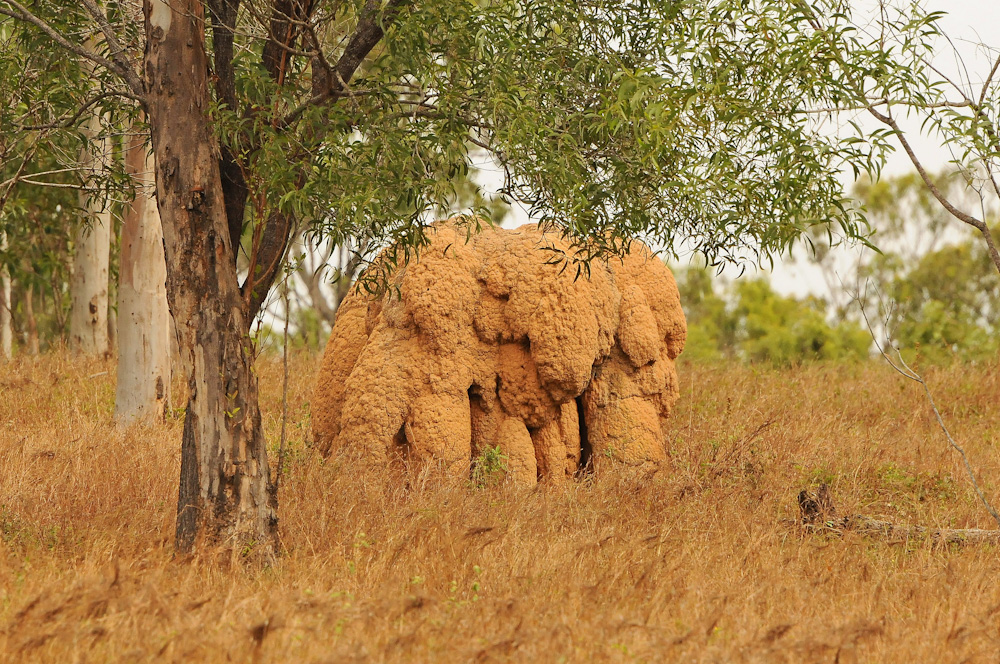 Have you ever noticed that some sins seem to get more attention from the “morality police” than others? I suspect the reason for this is that we tend to measure right behavior by looking at externals rather than what’s inside a person and therefore not measureable by human eyes. While it is probably not wise to seek to establish a ranking of sins, it does seem like those which are internalized have the potential for doing the most damage to the individual himself.

A possible parallel to this in nature can be seen in the termites of Australia. Of the 2,300 plus species of termites in the world, about 300 of these can be found in Australia. Subterranean forms can cause severe damage to homes, in fact they cause more damage than fire, floods, and storms combined. And to add insult to injury, home insurance will not cover the costs of repair. A newly constructed home can have its walls and timbers destroyed within three months! Yet, you may not see them. They eat the center of the timbers leaving only a thin veneer which, of course, results in a faulty building. They seal any cracks which would allow humidity to escape since they are very vulnerable to dehydration. For the same reason, in cooler areas most of the nests are built underground, invisible to the human eye. Such a nest may contain more than a million termites. From this central nest site mud-shelter tubes or galleries may extend outward 100 meters thus providing safe passage as they search for food.

Jesus Himself seems to indicate that what’s inside, hidden from the eyes of men, is what is most critical. “What comes out of a person is what defiles them. For it is from within, out of a person’s heart, that evil thoughts come – sexual immorality, theft, murder, adultery, greed, malice, deceit, lewdness, envy, slander, arrogance and folly. All these evils come from inside and defile a person.” (Mark 7:20-23 NIV) It’s probably a good thing we cannot read the hearts of men, but we must recognize that it is infinitely wise to recognize that God can.